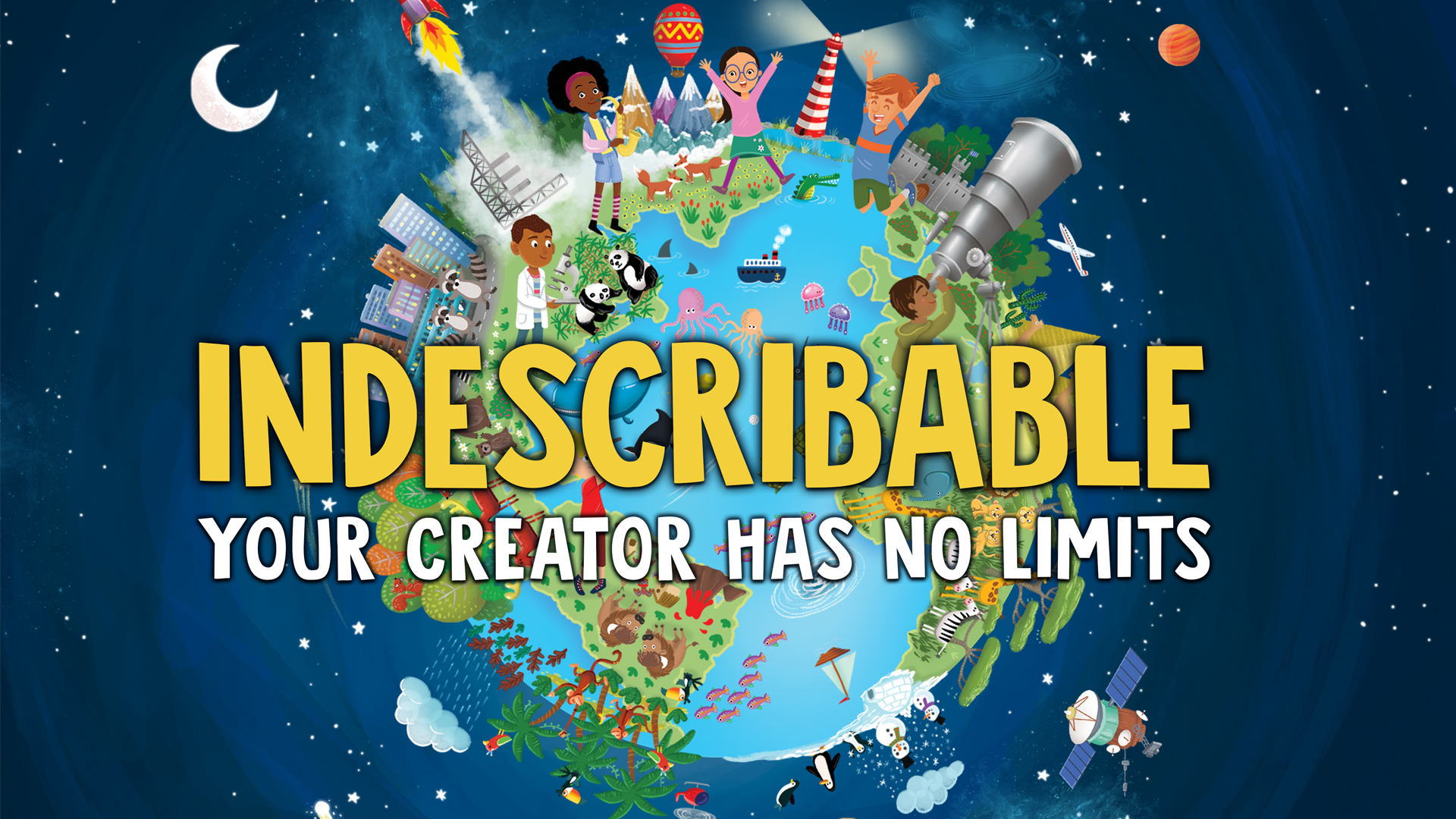 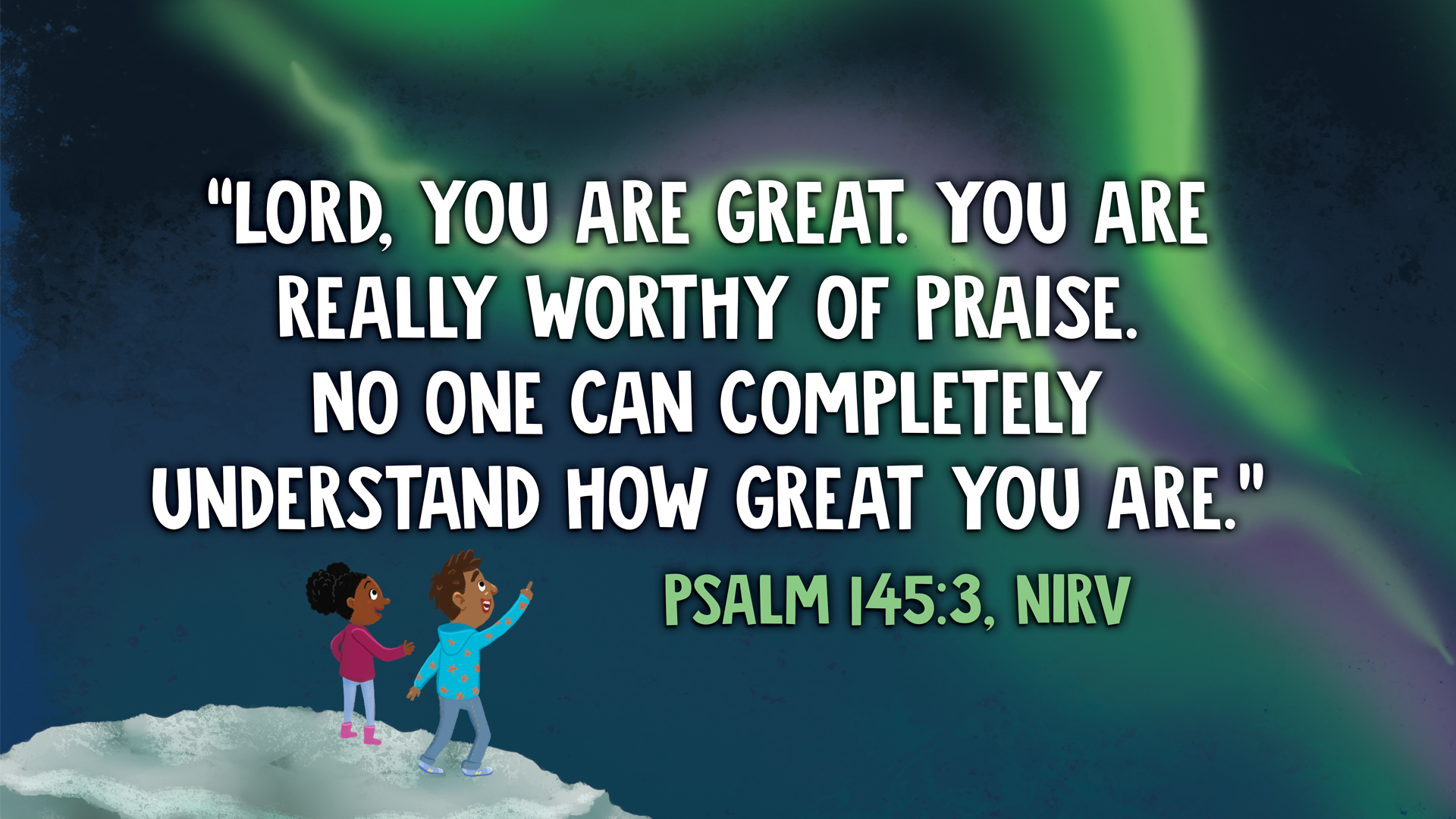 Tell your child, “Let’s play a game.” Say, “I’ll tell you an action, and you can act it out. After that, tell me an animal that does that word you just acted out. For example, if I say, ‘Bounce,’ you would bounce up and down. (Bounce up and down.) Then, you’d tell me an animal that bounc-es—like a rabbit or kangaroo! Sound good? Let’s do it!”
Use the following words to play your game. We’ve suggested some animals for each word, but your su-per-creative kid may think of others, too!

To make the game more fun, have your child come up with some an-imals on their own. Then, you pre-tend to be that animal.

In the video today, we learned that God made the Earth and everything in it. Isn’t that cool? He’s so creative! Which of the animals that we just acted out is the most creative?
Besides animals, what else did God create? (Moon, sun, stars, mountains, trees, people)
True or false: God’s most creative creation is animals. (False! God’s most creative creation is US—PEOPLE! He made each of us differently, with unique talents and skills. He did that on purpose, because people are God’s favorite creation.)
God says that we were made in His image. What do you think that means? (We were created to think, feel, and act at least a little bit like God)
When you think about it, God dreamed up and created some incredible things—every flower, every sunset, every bird you see flying in the sky. God is AMAZING! There is no limit to His creativity.

“God, thank You for creating the world and everything in it. You put each star exactly where it is—that’s pretty cool to think about! You are so creative, and we know that You made us to think like You. That means we’re creative, too! Help us to think about You when we’re enjoying the things You created. Remind us the be thankful to the One who created it—You! We love You. Amen.”