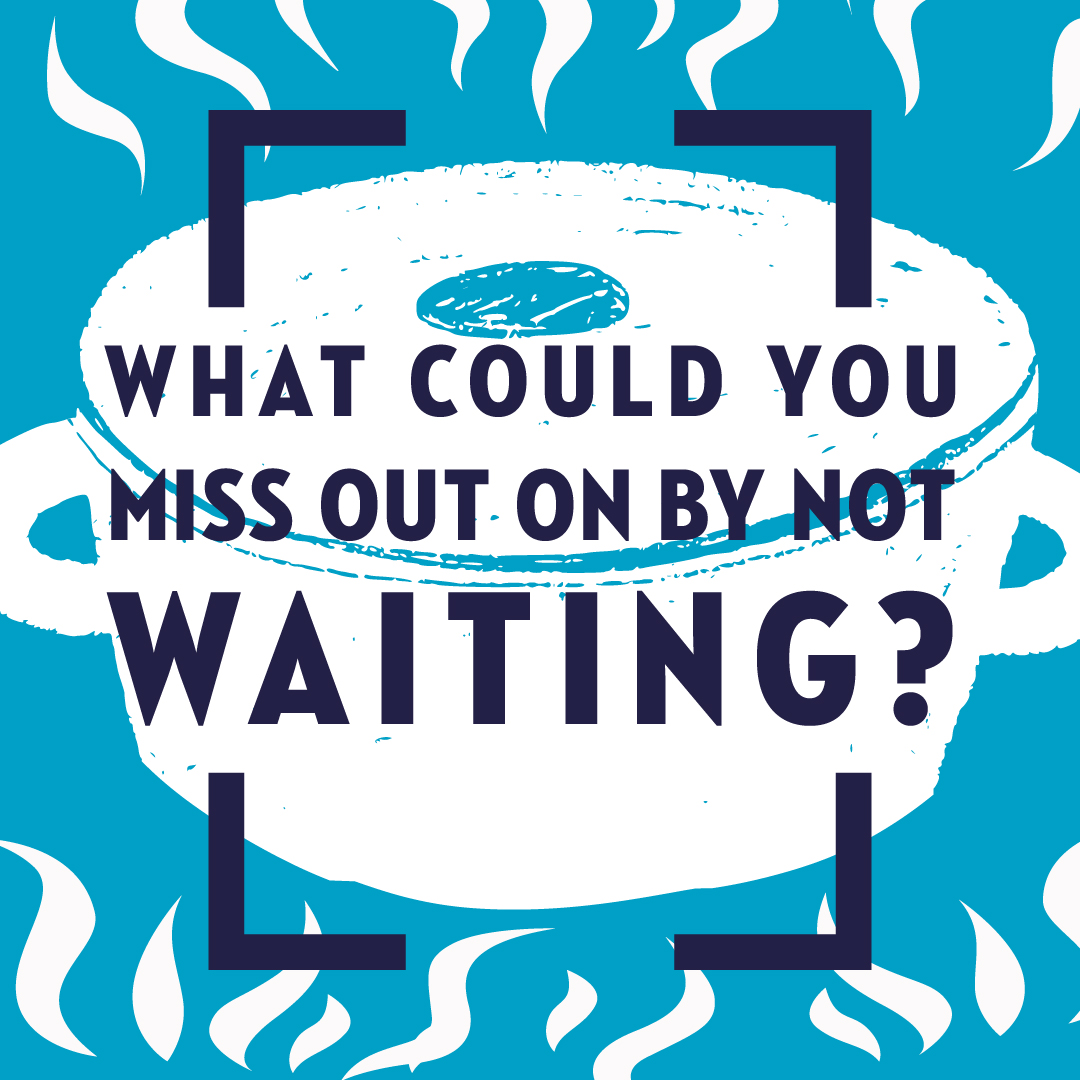 Use this guide to help your family learn how
God can help us to be patient.

You and your child will take turns adding foods to a numbered list, then repeating all of the previous items and amounts.
Say, “We’re going to take turns going through the entire alphabet and the numbers 1-26, saying, ‘I’m so hungry I could eat ________.’ You fill in the blank by naming a food that starts with the correct letter and the correct number. For example: one apple. One, because A is the first letter of the alphabet. B will be two, C is three, and so on.
“When it’s your turn, you also have to remember all the foods that came before. For example, if we’re on letter D, you’d say something like, ‘I’m so hungry I could eat one apple, two bananas, three cakes, and four dumplings!’ So, by the time we get to Z, we’ll try to repeat the entire alphabet—including all the numbers AND foods that came before. Ready?”
(Play the game.)

In our story, what did Esau have trouble waiting for? (something to eat)
When Esau didn’t wait, what did it cost him? (his birthright as the firstborn son)
Why do you think waiting is so hard for everybody—adults included?
What might be an upside or benefit of being patient?
What are some situations in which you’d like to do better at waiting with a good attitude?
Parent: Talk about a time when not waiting cost you something.

“Dear God, we need Your help. Waiting isn’t always easy, but we know that it’s much better to wait on You than to face the consequences of losing our cool. Let us learn from Esau’s foolish and impatient choice. When we think we can’t wait, help us to stop and remember what it might cost us if we don’t wait patiently. In Jesus’ name, amen.”