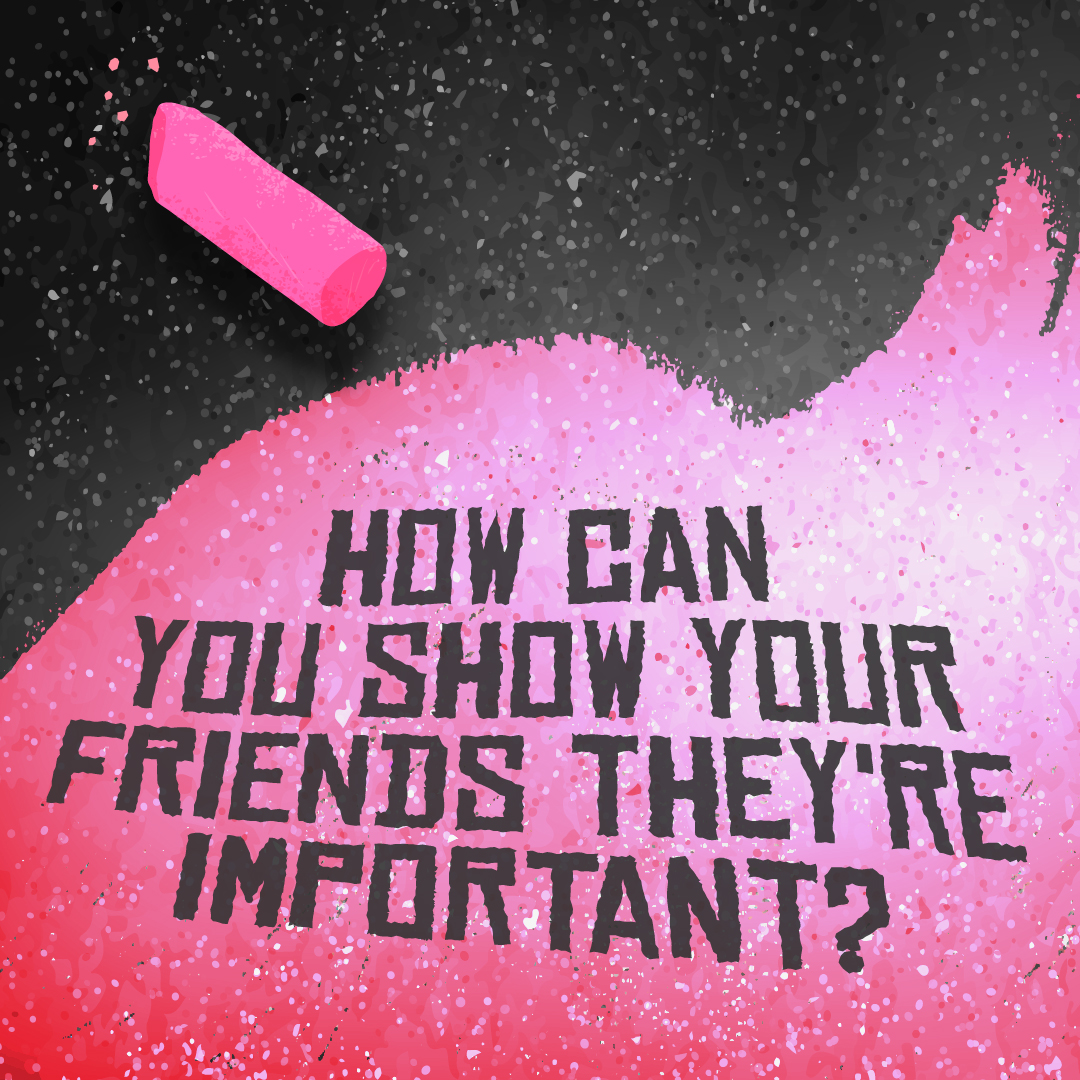 Sheet of paper, something to write with, scissors

Write down the following statements on a sheet of paper. Ask your child to help too! (Or you could print this page instead.)

Cut each statement into a strip of paper. Mix them up.
Prompt your child to put the story in order. When you’re finished, talk through David and Jonathan’s story.

Ask, “What was your favorite part? Why?”

Why was King Saul jealous of David? (Because David was super-popular and had won a lot of battles.)
How was Jonathan a good friend to David?
(He honored David by giving him royal gifts; he created a plan to tell David that his father wanted to hurt him; he saved David’s life)
Share about a time when someone showed you that you were important to them. How did it make you feel?
Can you think of a time when you showed a friend that they were important to you? What did you do?
How do you show your close friends that you love them? How is that different from showing love to friends who are good friends, but not your best friends?
Say, “Jonathan helped David because they were friends. And real friends love one another.”

“God, thank You for being our Friend forever. Thank You for loving us no matter what. Help us to be a friend like Jonathan. Help us to be loyal, honest, and good to the people You have put in our lives. We love You. In Jesus’ name we pray. Amen.”